Vote For The Tigerman Saga
(Site opens in new windows. You may need to turn off pop-up stopper)

The Topwebcomics
Please Vote Daily
(Requires NO Joining, Nor Sign In)

Check the button that matches the random thumb graphic,
then click vote.

That's a lot to take in, Patrick. Glad you, Karen, and the animals have weathered the storm, and tornadoes, and had a good meat trip with Karen. We use to go to Red Lobster when living in Southern Cali. Food was always great there. Good to know tigers are safe in their own homes during all of this, and hope they stayed warm with their inner Siberian' tigers. The short-haired pups on the other hand, stay warm inside. Does Daisy go in pen with them too? Gorgeous white wolf in snow. Now, that's a very colorful turkey, gobble gobble. The tiger says, "Just walking by, ROAR!"

A great get together watching 49ers game with your grandson, and his wife, Mandi. Who did they play against, and did they win? Living in San Francisco, hmmmm, let's see, 19 years ago, I use to watch the 49ers practicing sometimes. Ahh the memories. Of course, this is before Candlestick park was demolished to make way for urban project. The team moved to a new, better stadium in Santa Clara in 2013. Love the animated snow leopard, cute donkeys, and Mama tiger hugging her cub.

It's too scary watching your sons trim the trees, Mary. Worth the money to have it done. I know the feeling. One time, my Son, Eric, had to lay under our car to put a part in. I was really worried of the jack giving way, and car falling on him. Torturing myself, I stayed there watching like a hawk. It scared me so much, I was very glad when he was done, which was a while. Whew! The beaver is hard at work. The cougar is on the lookout. Love the tiger running in the snow. Maybe Siberian. Aww, Mama, and baby nap. 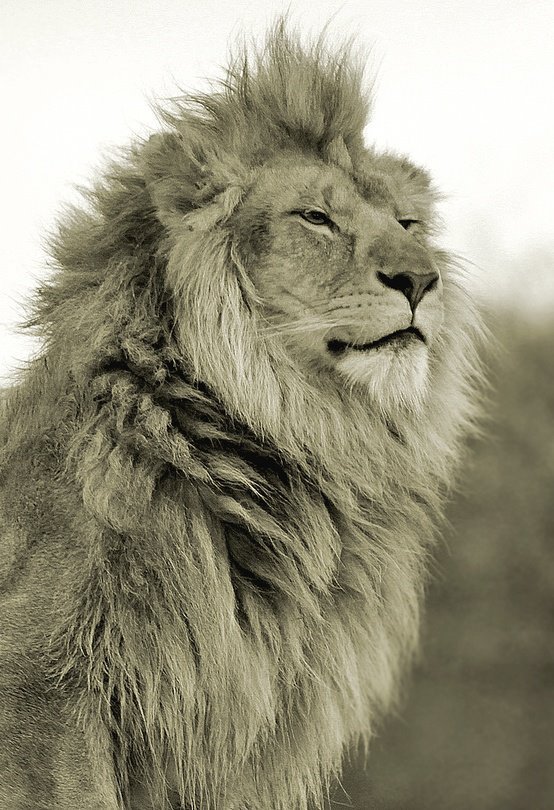 Beautiful pictures Mary and Patrick and Ruth. Yum Red lobster Patrick, my daughters fav. Glad   you got out together. I hate poachers, makes me sick and mad. Sorry to hear about all the bad weather you are having there and you as well Mary. TY both about my Dad, yes, Mary, he was very independent.  Our weather is sunny/cloudy and sprinkles and cold.  Not to bad yet. Big storm coming Thursday.. You both stay safe.  You too Ruth. The niners won and they played the vikings here at home. Nest week they play here again against Green Bay. I am like you, hate it when the guys are under the cars.   Happy Monday  all. Voted. 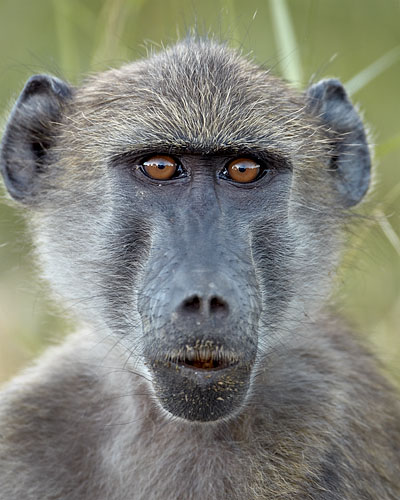 Hope everyone has a great Tuesday and TY for the votes That is a beautiful chameleon? Patrick. Drive safe and have a good trip. Hi Mary and Ruth. Hope all are OK in the weather.. Voted  Happy Tuesday

Hello Tuesday all,  cold and a storm coming for us on Thursday. Hope you Mary, Ruth, and Patrick are all doing OK?  I will be taking Ruby into the vets today as she came up limping on her front leg. Voted.

i hope Ruby is o k Gayle be careful in that storm !beautiful tigers and sweet baboon the guys are enjoying their swim  Have a safe trip Patrick what a colourful  little fella hi Ruth how are you?voted 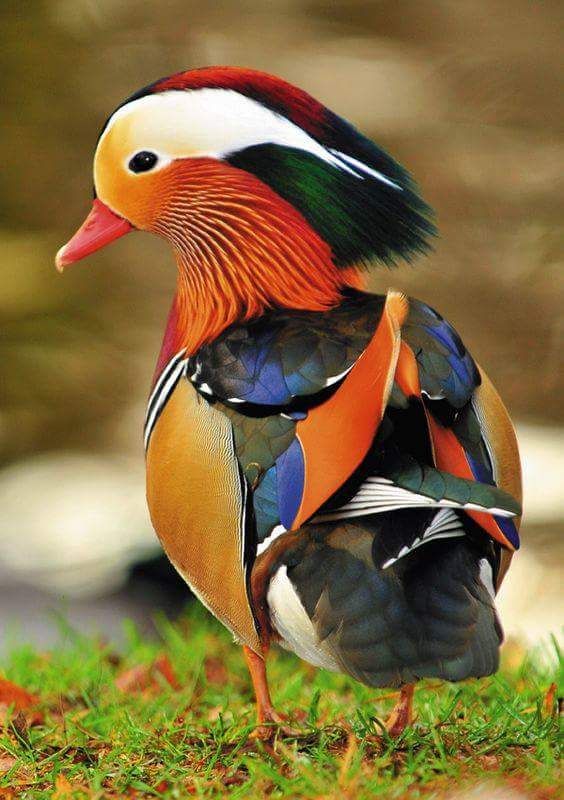 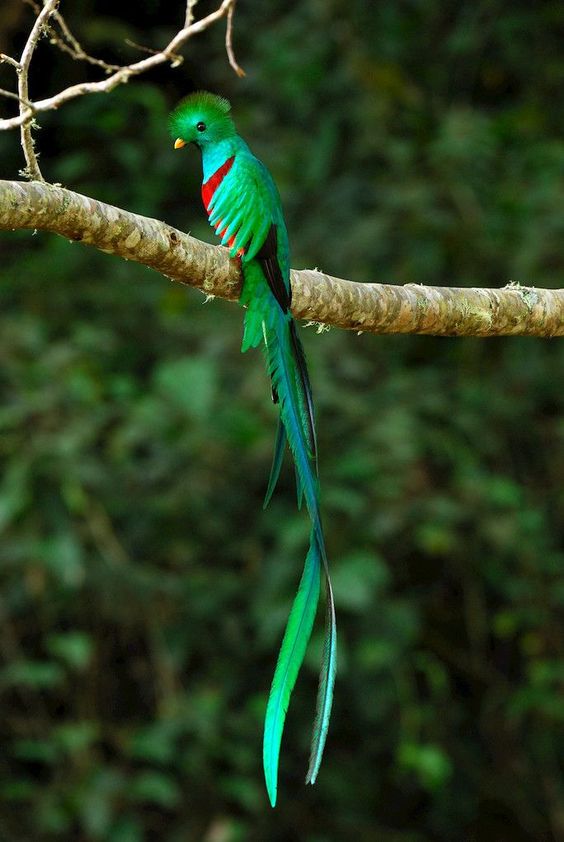 Happy camel day ladies. Hope your storm isn't too bad Gayle. I saw your FB post that Ruby just has a sprain. While not good, that's much better than a break or fracture. She is such a cool dog. Love the momma cleaning the tiger cub.

Have a great day and TY for the votes! 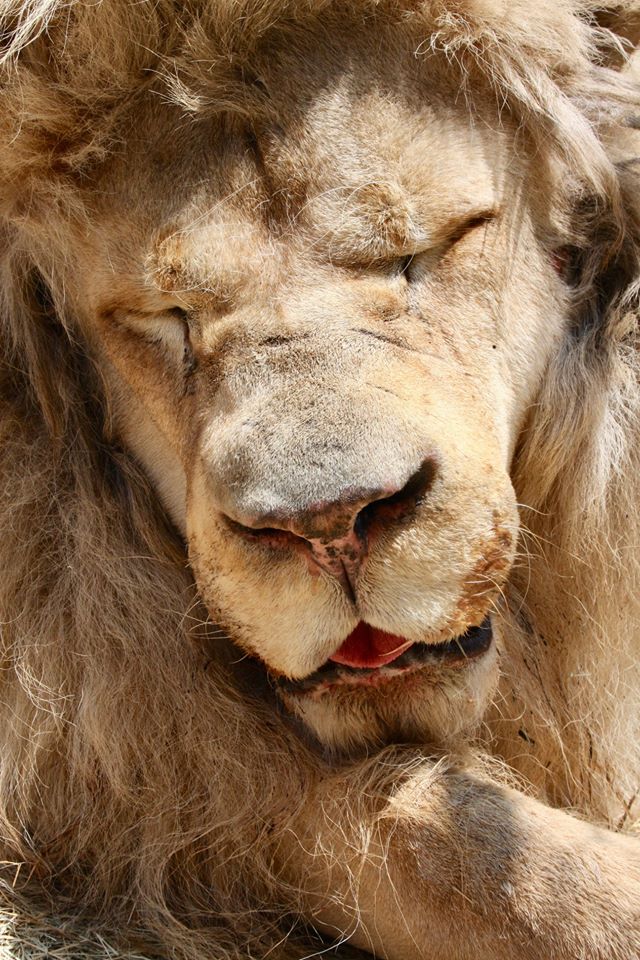 Sorry for the loss of your Dad, especially how it happened, Mandi. Thinking about Ruby limping, and going to vet. Hope it heals soon. Stay safe from storm, Thursday. Wet here as well, and snow blizzards 2 days, late afternoon + in a row. Genevieve's car broke down 2 weeks ago, and not worth fixing, so I've been taking her to work, and home since then. Scary driving on a dark highway, especially in snowy, wet weather. Made it each time though. Stern monkey face. Very precious Mama tiger snuggling, and licking kisses to her baby. Those monkeys are really enjoying their steamy bath time.

Hope you don't have too much rain there, Mary. Stay warm. Always love the bright colors of a mandarin duck.

Have a safe trip back, Patrick. Very colorful guy.

Have a good middle of week. Voted. Going to feed and maybe get a nap.

Have a great Thursday and TY for the votes. Hi all, Happy Thursday.  What great pix you all posted. Glad you got home Patrick, and after feeding you definitely should take a nap :-)  You earned it. Sorry to hear about your daughters car Ruth. Do be careful driving her to work and back in your bad weather. I know you are. Mary how is your weather? We are having that storm today Ruth. It's pouring and windy and cold. Your right Patrick about Ruby and no break. Now to try and keep her off her leg LOL.. Try that ;-) She is being good though. Thank you all for caring.  Voted

Glad your're home, Patrick. You do deserve a nap after feeding the animals. Very serious lioness with her cubs hidden from view, revenge to the poachers. ROAR! I use to draw lions, but I was too detailed, and it drove me crazy. Otherwise I would draw the sleeping lion face' close up.

Pretty bird, Mary. Hope your weather is nicer there.

Brrrr. Hunker down, Mandi. I'm glad Ruby doesn't have a broken leg, only a sprain. Good luck keeping her off hurt leg. Woof woof. Does Buster know by the way Ruby acts, she is injured? Curious. Look at that tiger Momo. She loves her cubs, but needs a nap, lol. Started by susie. Last reply by mary foley 1 hour ago.