Read this to better understand this website and our friendly community.

Please feel free to browse the many cool features here. You can choose from numerous "looks" by clicking Theme and selecting a template. Get adventurous and personalize your page by adding your own touches to your Theme. For folks savvy in html, there is even an Advanced mode to really tweak your page.

PMs and Friends Requests show at the top right of your page. Answer PMs and accept/reject Friends… Continue

A Trio of Firsts in the Preditors & Editors Polls! (Two for Tilly's Tale)

Wow! What can I say? I'm thrilled to be able to say that in the recent Preditors & Editors Annual Readers Polls, I have been fortunate to have been voted in first place in THREE separate award categories. As well as being voted 'Best Author, 2009' for my novels, I also picked up the awards for 'Best Children's Book' for 'Tilly's Tale' written under my Harry Porter pseudonym, and 'Tilly's Tale' also won the award for 'Best Artwork', thanks to the… Continue

Alistair the Alligator is Released on the World!

Hot on the heels of 'Tilly's Tale' I'm over the moon to be able to announce that 4RV Publishing have released my young children's book, 'Alistair the Alligator' written of course as Harry Porter. Designed to appeal to a younger age bracket the story tells of Alistair a poor young alligator with one serious problem: he has no teeth! Try as he might, everything he tries to eat either escapes, or simply falls from his mouth as he closes his toothless jaws. Beautifully illustrated in… Continue 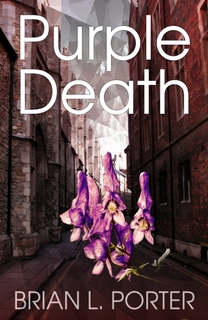 I'm absolutely delighted to be able to announce the release of my latest thriller, 'Purple Death' published by Moongypsy Press today in both paperback and e-book editions. The book can currently be ordered from the publisher at
http://moongypsypress.com/porter.php (see ordering info at bottom of page). Orders can be placed from anywhere in the world and UK readers do
not pay higher delivery… Continue

I just wanted to share the great new review received by Tilly's Tale, on a site called
Books4Moms I'm so pleased that Tilly's life story continues to reach out and touch people as it was designed to do. Here's what the reviewer said;
Tilly’s Tale by Harry Porter Author: admin // Category: Book Reviews, Children's Books, inspirational Tilly's Tale by Harry Porter About the Book… Continue

A bit about me!

I will try to tell something about me. I am in many ways just an ordinary guy. I have different interests and i try to live my own life in a way that satisfy me. I am a person who thinks its important to show the world what you think and to be active and support those things that you believe in.

Most of my adult life have been filled with computers, sports, art and politics. I have been politically active since my teens, and i have been somewhat of a computer nerd since 1995.… Continue

I'd love to invite everyone to view Tilly's latest blog post where you can see our latest addition, Sheba, enjoying her first day at dog training. I don't think she's ever had so much fun in her short and so far unhappy life, but she is now well on the way to becoming the happy little dog we all know she deserves to be. Her fur is growing and her days of systematic starvation are over and she's putting on weight every day. To see the short videos of Sheba please visit… Continue

Thank You to Everyone

I just wanted to say a great big thank you to everyone who voted for my various nominations in the recent Preditors & Editors Readers Poll. Many of you, both friends and some lovely people who I hadn't heard from before got in touch with me to say they had voted in support of my work, and I am so grateful to each and every of you. It will probably be early February before the votes have been counted, and anti-fraud and ballot stuffing software has been run by the organizers to weed out any… Continue

Today is the last day of polling in the Preditors & Editors annual Awards, and having led the Authors Category almost from start to finish, this morning I slipped into 2nd place. Just a few votes could make all the difference between 1st and 2nd so please can I ask any members who feel inclined to support me and who may not have voted previously, to vote for my nomination at… Continue

A Late Plea for Votes

With just 3 days left to vote, please can I ask anyone who hasn't yet voted and who may be kindly disposed to do so, to please support my nominations in the current Preditors & Editors Awards. I also want to say a big, big thank you to everyone on the site who has already voted for me. Your support is really very much appreciated.

My nominations are as follows and of course, it goes without saying that every vote is vital and I thank everyone in advance for any votes I may yet… Continue

Shamelessly Begging for Your Votes, My Friends

Okay everyone! Here I am again shamelessly begging for your votes. All my nominations are doing very well so far, but I would especially like to ask if anyone would add their votes to my nomination in the Authors category at http://www.critters.org/predpoll/author.shtml I briefly reached the number one slot last night only to be knocked off again this morning. Obviously competition is very strong and every vote could… Continue

Some kind person has added my name to the list of nominations for Best Author at the Preditors & Editors awards. If anyone hasn't yet voted in that category and feels kindly disposed please would you consider adding a vote for me at http://www.critters.org/predpoll/author.shtml where I'm listed in the poll as Brian L Porter

I would really appreciate any votes I receive, for this and my other nominations,… Continue

I hope all my friends won't me asking for your support for my nominations in this year's annual Preditors & Editors Awards. As always, I really appreciate all the support given to me and my work by all of my friends and contacts and hope you will all feel able to do so once again. Voting opens on 1st January and closes at midnight on the 14th.

Holidays were a blessing ...

I got to share it with a good friend from way back.

I also got to "share the wealth" and make another friend's youngster
happy ... (sure there was some pain, but it was worth it!) ...

Alright, I surivived, and need to get some sleep.

Started by susie. Last reply by Catman 20 minutes ago.