How the Cheetah Got Its Tears One day two children, Moffet and Elisabeth, were walking in the bush. In the distance they saw a waterhole where three big cats were drinking. In order to get a better look at the animals, they tried to approach the water hole. As soon as they stepped closer, the predators saw the two children and ran away. 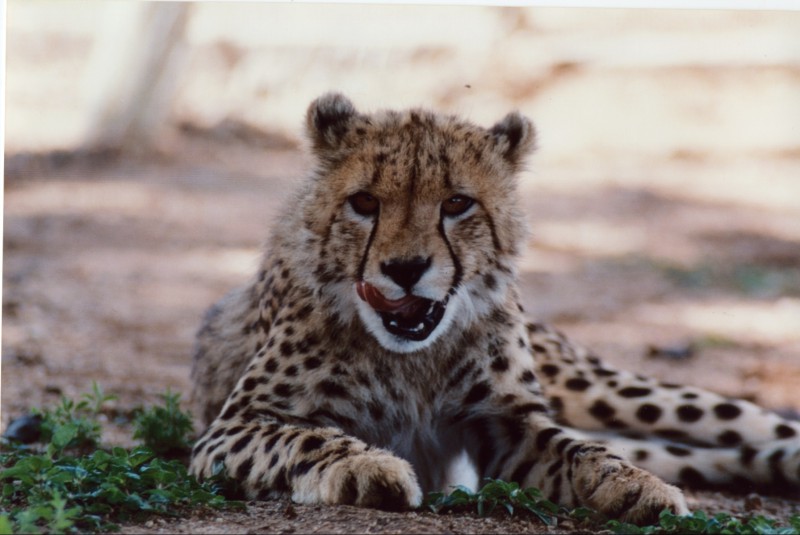 Elisabeth said, "Moffet, did you see how fast those cheetahs ran? And how well their coats concealed… Continue


May this season be bright, and that you get everything you ever wanted - or at
least are able to appreciate the simpler things in life - as "Our Higher Power"
has given us the power to do so.


Also, I posted a new discussion in the "Basic Security Group", which
explains the reason for my absence of late. Please check it out.

Hi, my name is Steven Bonacorsi and a Lean Six Sigma Master Black Belt. I would like to add you to my professional network Let me know if I can be of any assistance to you and your business. A good group to join is the Lean Six Sigma Group http://www.linkedin.com/e/gis/37987/6E3D9761A834 Another good groups is Advanced Innovation Methodology …
Continue

and a happy New Year to Everyone.Have a safe holiday xoxoxox Chelle

This put a smile on my face hope it does the same for you.
On the twelfth day of christmas my true love gave to me...
Twelve Dalmatians Drumming,Eleven Spaniels sleeping ,
Ten magnificent Mutts,Nine Poodles Prancing,Eight Rottweilers Ringing,Seven Labs a Leaping Six German Shepherds Five golden Retrievers Four Beagles Begging Three Dachshunds Dashing Two Terriers Toasting and a Pomeranian in a Pear Tree

Tigers at Thai Temple Drugged Up or Loved Up?

Deep in the heart of Western Thailand, where the River Kwai weaves through the rich green jungle, the monks of the Wat Pa Luang Ta Bua Temple are beginning their day.
They walk through the town and collect alms from the locals. But back at the temple for breakfast and prayers, it's clear that this Buddhist monastery is like no other, for this handful of… Continue

okkkk so im the only one here

and that makes me sad :(

Going Through A Tough Time

Well I wpuld like to thake this time to say that I am going through a really hard time right now... My uncle Morey has had cancer since last year and now it has gotten worse and so bad to where he can't get out of bed and he can't even pick up his had or set up to go to the bathroom.. Since I had last saw him was at the family picnic mom has told me he looks a lot worse since then and that its best that I don't want to see him right now.. When I had called mom sunday… Continue

everyone has a great weekendxoxo much love

I sat here drinking my coffee this morning. Realizing all the people out there who will be without a job before the year is up. We always do an "adopt a family", traditional for us. I wondered "is that enough?" We are in no means rich people, we are middle class. We always been blessed with food on the table and a roof over our heads. My husband is a good provider. I have worked off and on, but never pressured to work outside the home. We raised wonderful and educated children. I have been… Continue

i was home a day from the hospital and was rushed back by ambulance the same nite.but im back hopefully for good.missed everyone xoxo

Started by susie. Last reply by Catman 13 hours ago.